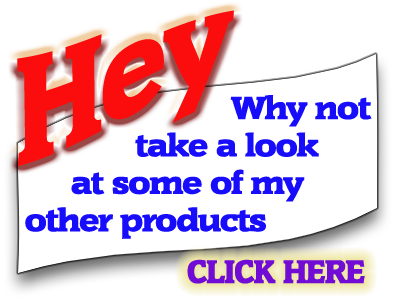 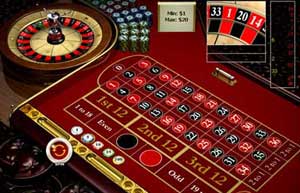 One of the oldest roulette beating systems on the market is the Martingdale system. This tells you to bet on a single colour, and to double your stake after each losing bet. After all, the ball will always land on red or black, so sooner or later, your bet MUST win.
Nice in theory ... but online casinos have
a nasty habit of creating long sequences of one particular colour
Just look what happens if you start staking in £1 units, and hit a "losing run" of eight reds in succession, and double your stake each time ...
£1 - £2 - £4 - £8 - £16 - £32 - £64 - £128
If your last stake wins, you'll get £256 back. Wow!
Want to know how much profit you'll make? Just £1 The remaining £255 will be used to cover the losses in your losing streak.
Yes, all that risk ... and you win ONE POUND!
That's because betting on red or black are what's known as "outside bets". Sooner or later, they will create a winning bet, and so are considered fairly safe bets. The casinos realise you're far more likely to win, and so they drastically reduce the odds. In this case, to evens. This means for every £1 you stake, you win £1 back, (plus your original stake money)
In mathematical terms, because there are 18 red boxes and 18 black boxes on the roulette wheel, these types of bets are said to be 50:50. That means you have a 50% chance of winning, (because you keep backing red), and the casino also has a 50% chance of winning, (since they will be hoping a black turns up)
That's EIGHTEEN CHANCES that the ball will end up in the wrong box
And that means a losing bet.
How about reducing the odds to around 66:33
You'll be covering 24 NUMBERS leaving the casino just
12 numbers with which to beat you
Or how about taking it a stage further,
and having odds around 85:15
You'll be covering 30 NUMBERS leaving the casino with just
6 numbers to beat you!
Do you think you would have a better chance of winning??

Plus, your stakes are drastically reduced from the Martingdale method shown above. You only "risk" £25 to win £5 each time!
And before you say £5 isn't a lot of money, what if you won 10 times in a row? It's not looking so shabby now, is it? (In the spirit of being totally honest and transparent, if you DO suffer a losing bet, your bank will be down £25. You will need to win the next five games to recover your bank)
It doesn't involve any complex theory,
or waiting for a certain sequence of numbers, or counting.
In fact, you could master the basic "secret" in ten seconds or less!
This informative guide will also explain ...

in the form of "Match Bonues" and similar


Believe me, this isn't a rehashed version of some old system you could probably find on the internet. I invented this system myself.
I watched hundreds of wheel spins, juggled the odds of bets in various combinations, and this is the result.
Will the system ALWAYS win? In a word: No. I've yet to see a system that will. But if you won (say) 8 times out of every 10 games, you should still come out ahead
My system won't suit everybody

You could create the best money making system in the World, and some people will still find 101 reasons why the method would not work for them.

But even if you're only slightly curious about what this system might be able to do for you, I recommend you order it NOW!

Order your copy today for just £19:97
The system works in both online and offline casinos. Fact, it works better in "live" casinos as they cannot be 'rigged' quite as easily as the online version. (Yes, online software can be controlled; doesn't it seem strange that it always seems to lose after a winning run, or when you increase your stake??)
The system doesn't rely on counting, or magic number sequences, Lucky Numbers or similar.
The best analogy I can give you is rolling a dice. If you throw a SIX, how likely is it that you'll be able to throw a six next time as well? Theoretically, you could ... but mathematically / twist-of-fate, it's rather unlikey!!
Incidentally, the longest losing run I saw at an online roulette table was fourteen consecutive reds. How much would that have cost you using a progressive staking system like Martingdale??